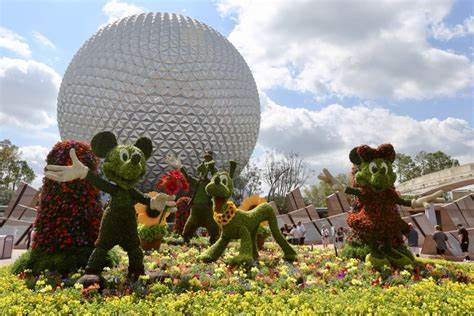 All four of the Walt Disney World theme parks have reopened in Florida last week. However, there is some sad news for Disney fans! UnfortunatelyDisney has announced at least a few temporary delays and cancellations with the EPCOT Transformation Project for the Walt Disney World Anniversary in 2021.

When EPCOT reopened to the public last week on July 15,  guests entered and watched the EPCOT Experience show. This experience showcases upcoming projects and changes that were made displaying Spaceship Earth and the UK Mary Poppins Attraction removed from the show.

In August 2019, CEO Bob Chapek announced that EPCOT would be receiving it’s very own Mary Poppins themed attraction located in the UK Pavilion. Guests would be able to go through Cherry Tree Lane, and the journey would begin by entering the Banks Family home. Disney is currently re-evaluating any long-term projects and in result they made the decision to postpone the Mary Poppins inspired attraction.

Another project that is delayed until further notice, is a multi-level festival celebration building. Disney announced “they are taking another approach” and they will be seeing further changes and delays to the new festival building. While some construction has already started, the future of Future World is still unknown.

Other EPCOT projects could still be happening, but we can not predict what will happen in the future.