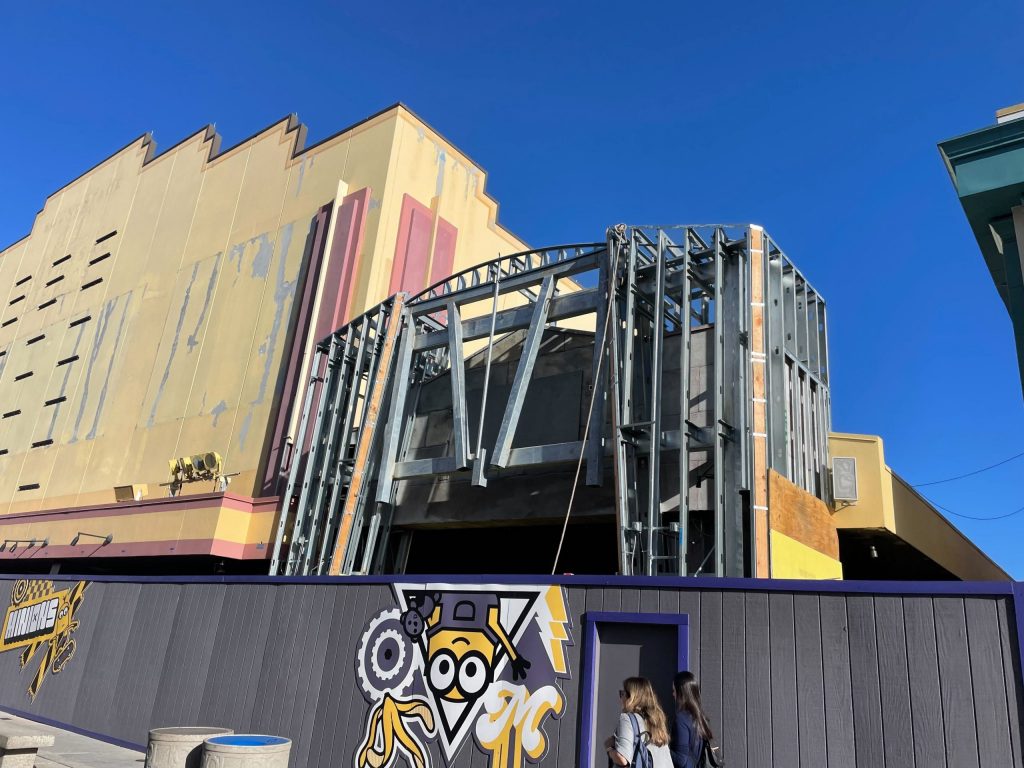 Recently, there has been a ton of movement at Universal Studios Orlando, with Shrek 4D being replaced by a new Minions-themed attraction, and most recently, Woody Woodpecker’s Kid Zone getting re-themed. A few days ago, it was revealed that in addition to the new Minions attraction at Universal Studios Orlando, the park will also be receiving some other new additions based on the popular IP.

A few months ago, it was announced by Universal that Shrek 4D would be permanently replaced by an all-new Minions attraction, now titled “Illumination’s Villain-Con: Minion Blast,” and is slated to open sometime in summer 2023.

Illumination’s Villain-Con Minion Blast will transport guests to Villain-Con, the worldwide convention for criminals where hopeful supervillains see if they have what it takes to join the ranks of the world’s best supervillains, “The Vicious 6.”

The Villain-Con attraction will be accompanied by a Minion cafe, which will feature menu items similar to other quick service locations at the resort, but most importantly, it will feature snacks with the Minions’ favorite food – bananas!

Universal also teased more attractions and experiences based on Illumination franchises to join the themed-area soon. No official opening date has been announced as of this article, but we will keep you posted!

If you enjoyed today’s blog and would like to stay up-to-date with the latest entertainment news, please follow me on Instagram @mattsworldofentertainment and Twitter @mattsworldofet. Thanks for reading and I hope to see you all again real soon!