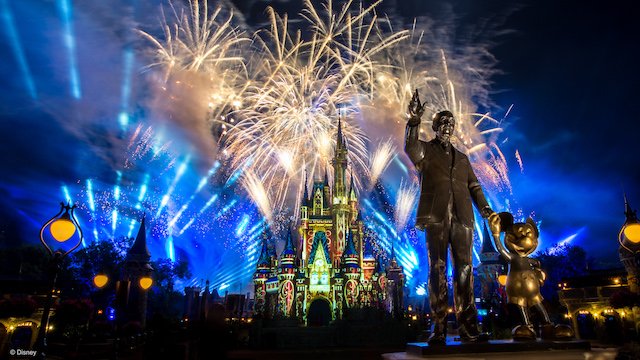 With Walt Disney World’s 100th anniversary coming soon, new rides & attractions have been announced, construction has continued, and new décor have been added around all four theme parks. Although, due the pandemic some attractions were delayed until 2022 or beyond. Down below I have put together a list with descriptions of new attractions coming to Walt Disney World in 2023!

A smaller-scale project coming from the front of Epcot would be “Moana: Journey of Water.”  This is the first EVER created attraction based on the Pixar film: Moana. The walk-through water journey will be a calming environment where guests can interact with water in a beautiful setting, and make some new memories together!

In May 2022, Disney announced new plans for the transformation of Innoventions West. This new plan includes CommuniCore Hall, a center for indoor festivals, CommuniCore Plaza, an area for outdoor gatherings and concerts, and the EPCOT Central Gardens, showcasing a beautiful EPCOT logo fountain with a new park space area. In this beautiful area, you will also find a brand new section called “Dreamer’s Point,” featuring a wishing tree and a brand new Walt Disney statue, located near the Moana: Journey of Water attraction. This section of the park is slated to open in Late 2023.

Happily Ever After – Fireworks

Happily Ever After originally made its debut in the Magic Kingdom several years ago, and was briefly replaced in 2021 with the 50th Anniversary show titled “Disney’s Enchantment.” Recently, at the D23 Expo 2022, it was announced that the nighttime spectacular titled “Disney’s Happily Ever After” would return in April, after the 50th anniversary of Walt Disney World ended.

This hit attraction opened as an opening day attraction over at Shanghai Disneyland and was an immediate success. The Walt Disney World Company has finally started construction for the Tron Roller Coaster in Magic Kingdom’s Tomorrowland as we see a new theme starting. This attraction is currently set to open in April 2023.

Due to the events that occurred in 2020, Disney had took action and agreed to re-theme several attractions in their parks including Splash Mountain due to their ties to controversial elements. Disney announced that Splash Mountain is going to be re-themed to the first ever Princess and the Frog attraction ever seen in the United States or around the world! At Disney’s D23 Expo 2022, it was announced that the attraction is now called Tiana’s Bayou Adventure and will open in Late 2023 in Walt Disney World and Disneyland.

A new highly anticipated expansion to Toy Story Land is currently underway and will finally open soon in 2023. Themed to Andy’s lunchbox, guests will enter a cardboard Toy Story-inspired sit down restaurant featuring Woody and friends.

These are just a handful of brand new attractions confirmed to be coming to Walt Disney World in 2023. You can definitely expect to see way more attractions or updates to the parks added on to this list as the year progresses. If you enjoyed today’s blog and would like to stay up-to-date with the latest news updates or more you can follow me on Instagram @mattsworldofentertainment or Twitter @mattsworldofet. Have a great day and I will see you all real soon!