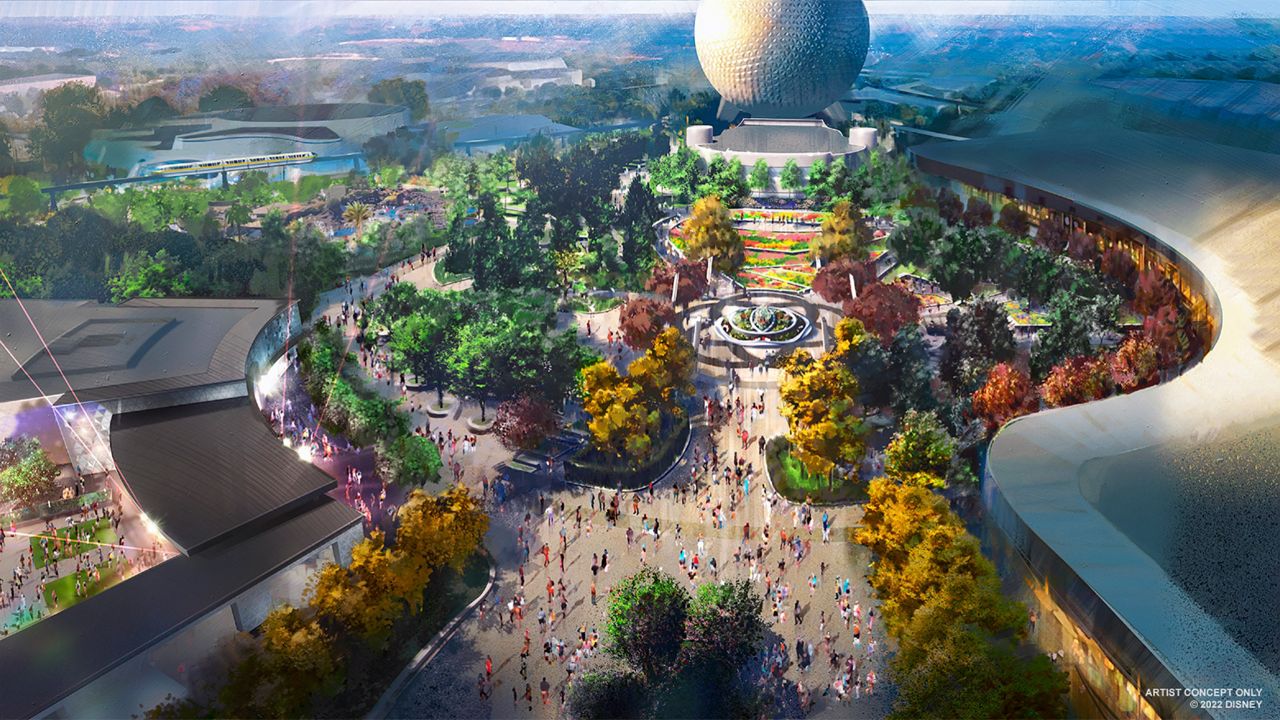 EPCOT is currently undergoing one of its largest transformations in history, with majority of the park getting a “makeover.” However, on Thursday, Disney finally shared an exciting updates on the development of World Celebration at EPCOT!

First announced back in 2019 at the D23 Expo, Disney announced that the park would be unified with four neighborhoods: World Celebration, World Discovery, World Nature and World Showcase. And with that came several announcements.

In 2019, phase 1 of construction started in World Celebration. Innoventions West began being demolished, with the northern portion not demolished until 2021 due to the COVID-19 pandemic construction delays. Months later, the “Leave a Legacy Monoliths” were removed from the entrance area and the EPCOT entrance was updated to match the concept art.

On May 5, 2022, the Walt Disney Company officially released concept art for what will become the new Innoventions West. The concept art shows CommuniCore Plaza & CommuniCore Hall and the Central EPCOT Gardens, showcasing a central five-ring EPCOT planter in the center. The CommuniCore building was announced to be home to live events, celebrations (such as the EPCOT International Festival of the Arts) and large-scale concerts sometimes extending into the gardens.

New concept art for Dreamer’s Point and Journey of Water: Inspired by Moana were also released, giving fans a more detailed look into what’s coming to EPCOT within the near future. Dreamer’s Point was announced to be home to a new statue of Walt Disney and a wishing tree.

What are your thoughts on this exciting EPCOT transformation update? If you enjoyed today’s blog, please follow me on Instagram @mattsworldofentertainment and Twitter @mattsworldofet for more entertainment news. As always, thanks for reading and I hope to see you all real soon!