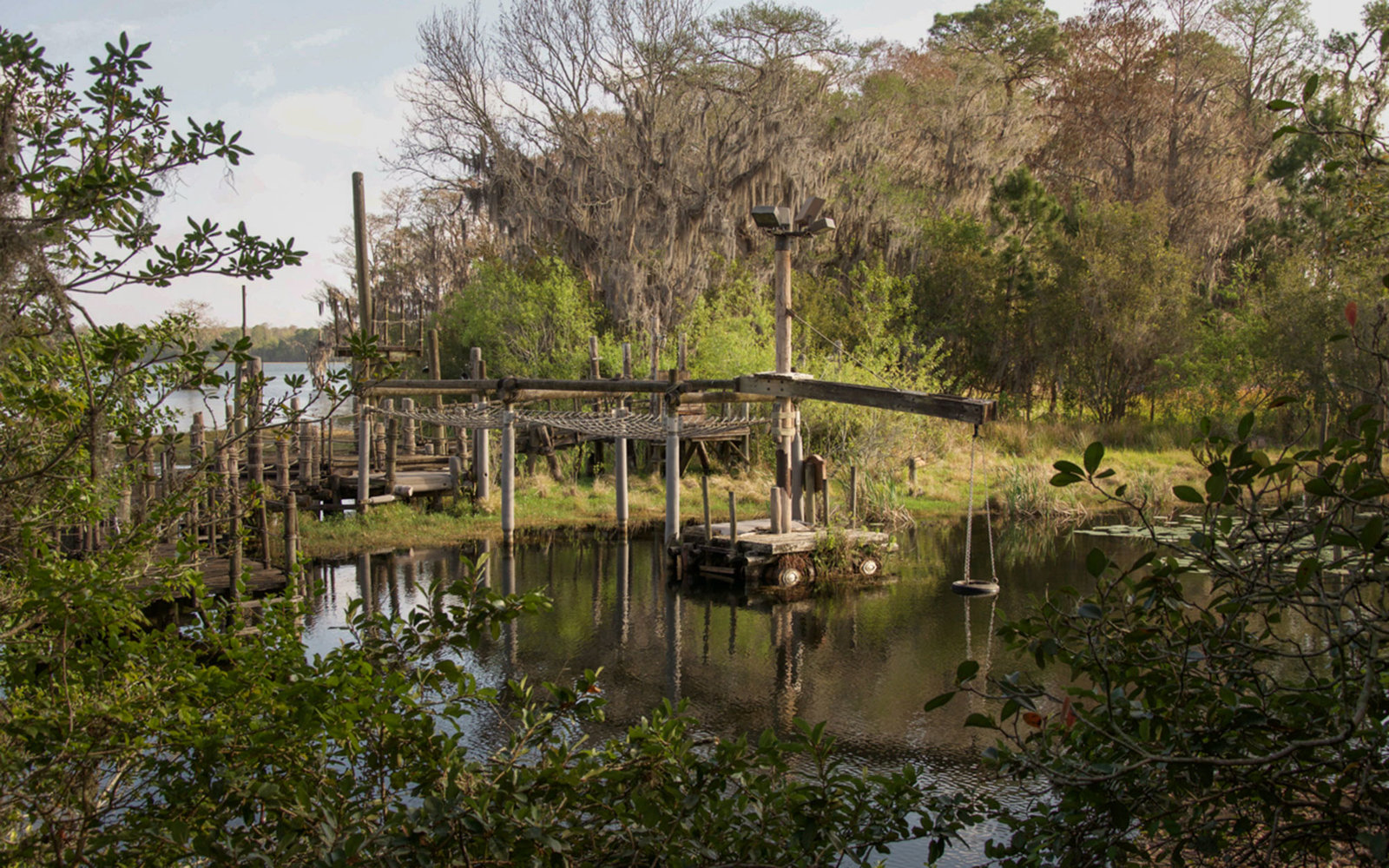 Have you ever wondered what happened to some of your favorite Disney attractions and why they were closed? In this blog, I am going to be sharing some of the most interesting and odd stories behind each of these mysterious and creepy abandoned locations and closures. 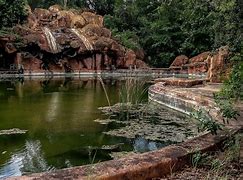 River Country was the first waterpark to ever open at the Walt Disney World Resort and opened on June 20, 1976. This water country was located in the middle of Bay Lake and near Discovery Island. River Country had a rustic theme and guests would swim in an old-fashioned rustic swimming hole. The popularity of this Disney waterpark inspired the company to create the new Typhoon Lagoon Waterpark, quickly followed by Blizzard Beach Waterpark. River Country was always closing after the summer season, and at the end of the 2001 season, it had closed just like it always did. However, when it was going to reopen for the 2002 season it didn’t. There are many theories as to why the park never reopened. Some say that there were multiple drownings, a boy had died from a brain-eating amoeba, and Florida had a new law that all waterparks had to only use water from the water systems and not freshwater. All these stories are true, but none of them are the actual reason why the waterpark had closed. The waterpark had actually closed due to low attendance levels because of the 2 new Disney waterparks. Instead of being demolished, it was abandoned and left to rot. In 2018, Disney had confirmed that they are building the new “Reflections Resort” in the same location in Bay Lake on top of the old River Country site. 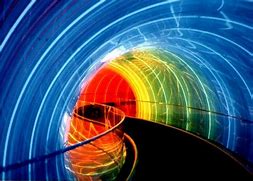 The original Journey Into Imagination attraction at EPCOT was very popular when it opened. After the attraction ended, guests were sent through the post-show “Image Works” area that hosted many varieties of games and exhibits such as Magic Pallet, Light Rider, and Bubble Beat. The most popular and famous out of all of these was the Rainbow Corridor. The tunnel was very popular in the 1980s after singer Michael Jackson did a photoshoot inside. In 1992 the Journey Into Imagination attraction experienced a complete overhaul and “Image Works” was moved downstairs and renamed “What If’s Labs.” The second floor of Journey Into Imagination was closed to the public and the Rainbow Corridor and “Image Works” were completely abandoned. In 2016, the second floor reopened to guests again as a DVC lounge area. The old “Image Works” area is separated by a wall and no longer visible to guests. 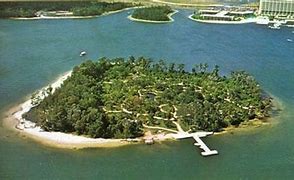 Discovery Island is a tropical rainforest-themed island located in the middle of Bay Lake and stands near the abandoned River Country Waterpark. When the park had opened in 1974, it was named Treasure Island and was a place to observe wildlife. The name was changed to Discovery Island in 1976, and in 1978 became a zoological park by the American Zoo & Aquarium Association. The island saw occasional updates and changes for about 20 years. Then, in 1989 the park began to see problems with vultures that would attack the animals. Disney decided to close Discovery Island on April 8, 1999, and all the animals have been relocated to Disney’s Animal Kingdom or different zoos. 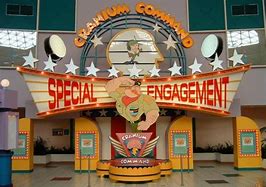 Over in the Wonders of Life Pavilion, one of the headline attractions was Cranium Command. This show was a humorous show on the importance of the human brain, and guests became Cranium Commanders that were sent on a mission into the human brain. The show starred Buzzy, a tiny soldier that had been tasked by keeping a little boy out of trouble by going into his cranium. Guests would enter a theater that was designed to model the human head, and the outside would be visible through the eyes. This attraction was the inspiration for the Disney/Pixar movie Inside Out. In January 2007, the Wonders of Life Pavilion had closed to the public for good with no explanation. 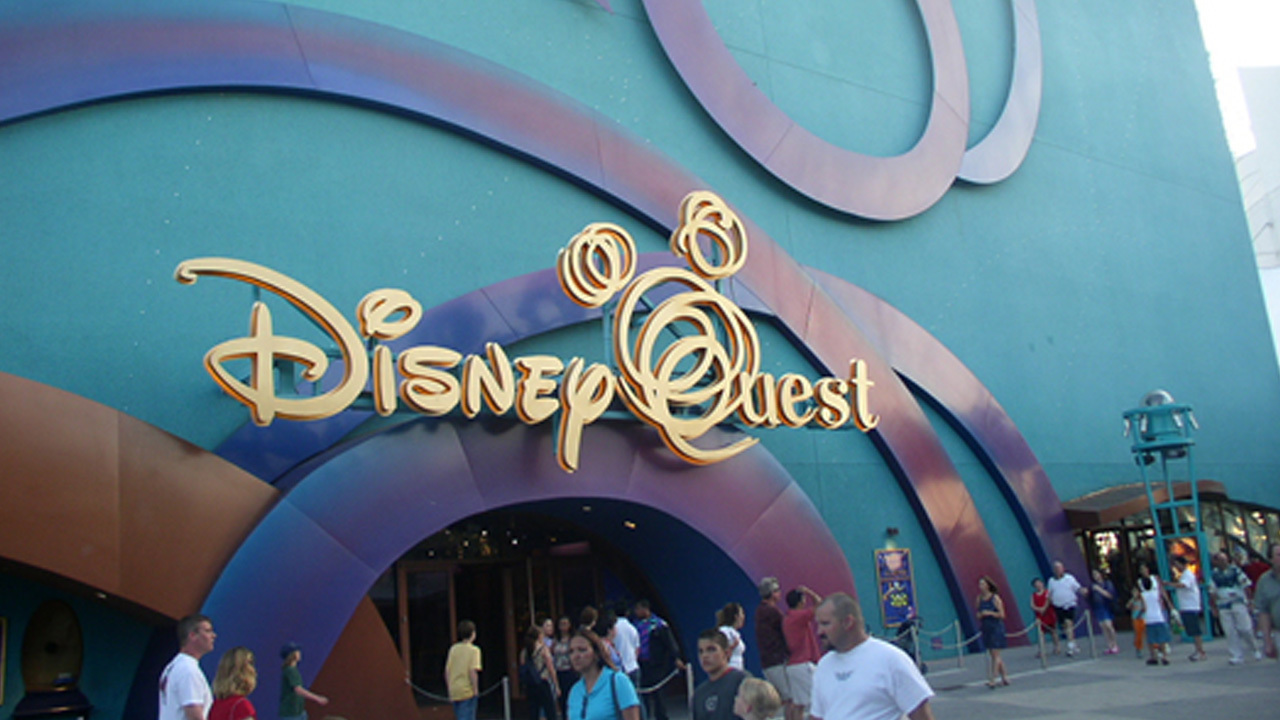 Disney Quest was an interactive experience made for the expansion of Downtown Disney and was providing guests the Disney experience if they were not able to go to the physical theme park. Disney Quest was offering many interactive and virtual reality video games for all ages. Disney Quest was also meant to open in major cities like Chicago, Baltimore & Philadelphia. After the Disney Quest Grand Opening, Disney had announced that it would open more locations in Toronto, Philadelphia & the Disneyland theme park. Disney Quest in Chicago wasn’t as popular as Disney had imagined and guests never liked paying a fee to enter an arcade. And the entire idea of opening other locations was scrapped and eventually forgotten. The Disney World version had still survived, but when the technology became outdated and would have to be completely renovated and would need new attractions. Disney then announced that the location would close in 2016. As part of the continuously expanding Downtown Disney area, and Disney Springs this building soon became home to an NBA Experience attraction. 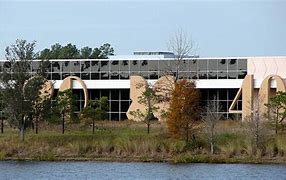 Disney thought that it would be a great idea to build some value resorts in Walt Disney World for their theme parks. They opened Disney’s All-Star Sports Resort, Disney’s All-Star Music, and Disney’s All-Star Movies Resort. These three resorts were such a success that Disney wanted to start building more. The next resort was Disney’s Pop Century Resort. This resort would be themed around 20th-century pop culture and was divided into two sections: The Legendary Years & The Classic Years. The Pop Century Resort finally opened in 2003, but work on the Legendary Years half had completely stopped. The resort had sat abandoned for nearly ten years until on May 12, 2010, Disney parks had announced that they would complete the other half of the resort as the Art of Animation Resort.

I hope you have enjoyed this blog! If you would like to support me please leave a comment with your feedback, subscribe, and leave some suggestions for my next blog!

2 thoughts on “Places Abandoned By Disney”