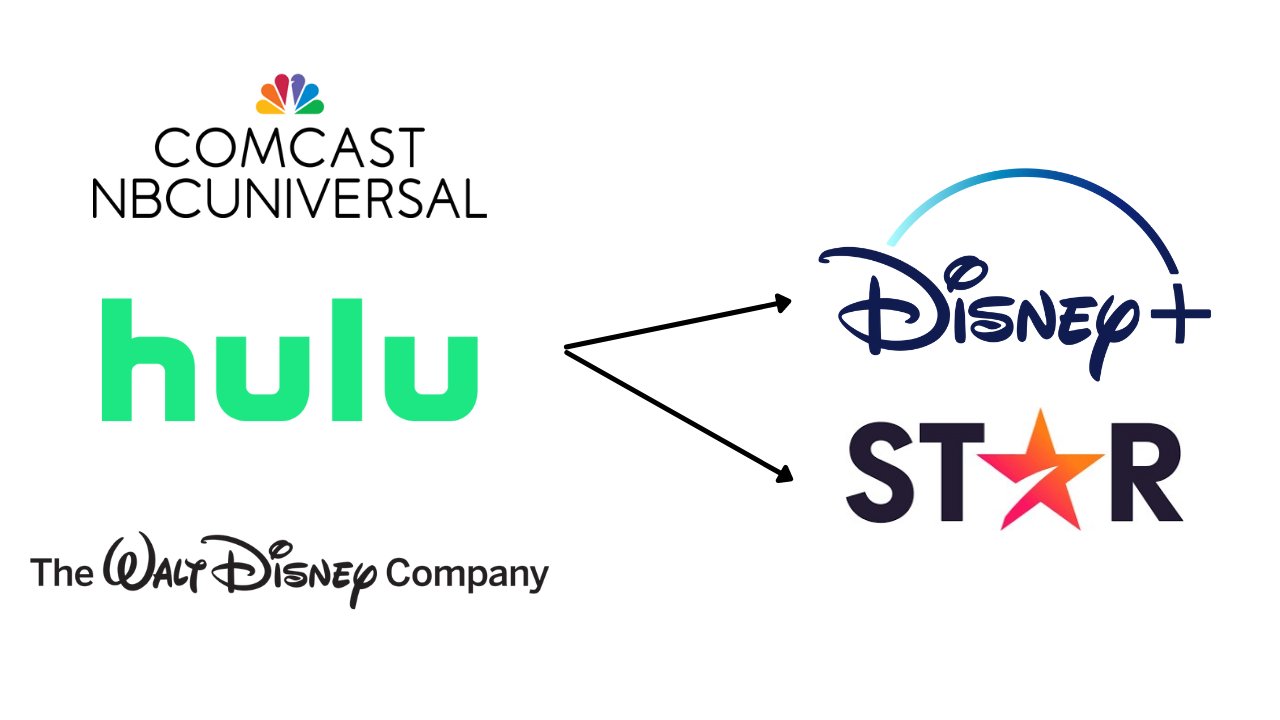 Disney+ is an direct-to-video streaming service that was first announced in 2018 and launched in the United States on November 12, 2019. Now with the two year milestone passed, some subscribers have noticed some issues and the main issue in particular is the content library organization.

In the United States, Disney owns a second streaming service called Hulu. This is a shared ownership between The Walt Disney Company owning 67% and NBCUniversal (Comcast) owning 33%. Since Disney has this contract with Universal, any adult (Rated PG-13 & R) shows or films in the United States produced by 20th Century, Searchlight Pictures and Touchstone Pictures are automatically sent to the Hulu streaming service and Disney+ Star internationally, with some Disney family-friendly content still available as well.

The Walt Disney Company’s Hulu contract deal with NBCUniversal (Comcast) expires in 2024, and in order for Disney to retain full control of the streaming service they would have to purchase the rest of Comcast’s 33% stake. If Comcast & Disney can reach a deal, you could see Disney claiming full ownership of the streaming service anytime as early as 2023 or 2024. Once Disney purchases the remaining stake it is rumored that Disney+ & Hulu will merge in the United States, but those plans are just rumored for right now.

For those of you that don’t already know, Star is Disney’s international Hulu streaming service but offered within Disney+ as an additional “core content hub.” The Star hub is used to store series & films from Walt Disney Pictures, 2oth Century Fox/Studios, Searchlight Pictures, Touchstone Pictures, Hollywood Pictures, FX, ABC, and other licensed programming.

Many viewers are frustrated with the Star hub on Disney+ internationally, as it is too crowded and hard to navigate with hundreds of IP’s from different Disney-owned studios all merged into one section. But there is one clear solution for Disney – expand the “core brand hubs.”

If Disney expanded the five core brand hubs, viewers all around the world would see immediate change in organization making it easier to navigate and find the IP you’re looking for! Imagine 100% Hulu control, Hulu shutting down and Disney+ Star launching in the United States… that is already six core hubs. But with Disney owning 20th Century Fox, Searchlight Pictures, Touchstone Pictures, FX and ABC, the company could decide to make individual hubs for each instead of a Star merge.

Now as you can see, if Disney merged Hulu and Disney+, more separated hubs could be created for each main film studio showcasing smaller studio works as well – with less confusion. With the addition of the 20th Century Studios, Lucasfilm (change), ABC, FX & Star, you could see Freeform, Searchlight Pictures, ESPN & more organized under sub-category hubs.

What are your thoughts on Disney+’s organization and Hulu shutting down? Do you think Disney+ needs a hub expansion worldwide? Let me know your thoughts in the comment section down below. If you are new here and would like to stay up-to-date with the latest news, please follow me on Instagram and Twitter @mattsworldofentertainment and @mattsworldofet. Have a great day and I hope to see you all real soon!