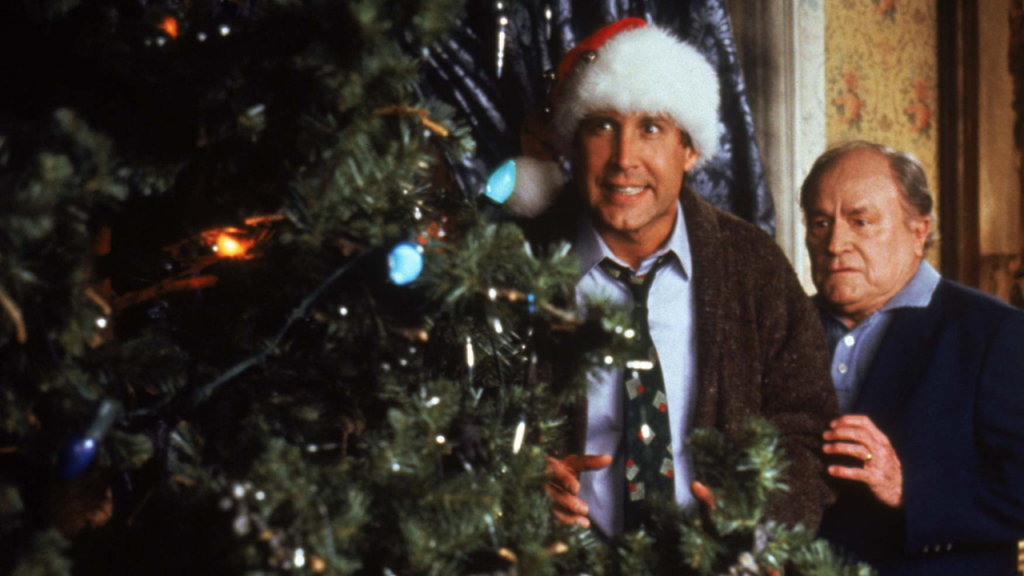 Welcome to BLOGMAS DAY 1!!!! It’s that time of year again!!! The Christmas season is officially here and it’s the time to spread some holiday cheer with people you know and love! Many holiday classics are playing on TV channels or are available on streaming services, and I encourage you to take some time and enjoy these some classics as I list the top 10 holiday movies you should watch this Christmas!

The Lampoon’s Christmas Vacation movie begins with the dad Clark deciding to host Christmas at their house this year. He invited the entire family over and this caused a series of chaotic events at the Lampoon’s residence this Christmas! Everything from Eddie arriving in his RV, no Christmas bonus, hanging the Christmas lights, and unexpectedly kidnapping his boss. This family really knows how to party when it comes to Christmas Eve! You should definitely watch this movie this holiday season!

A Christmas Story is about a very imaginative young boy named Ralphie, dreams of receiving a Red Ryder BB Gun for Christmas. In this fun-filled comedy, Schwartz was triple dog dared, Ralphie’s old man received a prize, Ralphie and Farkus face-off and much more! I really recommend you watch this film.

Rudolph the Red-Nosed Reindeer is a fun-filled story about Rudolph, a reindeer with a red nose that felt like an outcast in the North Pole. On his journey to self-discovery, he friends Sam the Snowman, Cornelius and Hermey the Misfit Elf. This film has several fun musical scenes and is fun for the whole family!

The Polar Express is a special train that takes all the children aboard to the North Pole to see Santa Clause, and his Elves! In order to get to the North Pole they face many fears, cracks in the ice, and a hot cocoa fiesta! Upon arriving to the North Pole, the friends get lost and end up in Santa’s sack of presents. When Santa picks the child who gets the first present of Christmas he asked for a bell from one of the reindeer! And it will ring for all who believe to hear!

Elf is a hilarious Christmas comedy starring Will Ferrell as “Buddy the Elf.” Buddy is an orphan and was accidentally taken back to the North Pole, and was raised by “Poppa Elf.” He was taught how to be an Elf, fix Santa’s Sleigh, and how to build/test toys! His real father lived in New York City, and worked at the Empire State Building. Buddy decided to travel to New York City to meet his dad “Walter Hobbs”, and to come live with him. However, at first this plan did not work out for Buddy, but he eventually met a lovely young lady in New York, went back to the North Pole, and lived happily every after with his family.

The movie Gremlins is a great holiday classic, but not for younger audiences. If you have younger children at home, I do not advice you to watch this movie with them. The story takes place with the dad buying his son a Christmas present of a cute fuzzy pet “Gremlin.” These Gremlins cannot be touched by any water or they will transform into naughty monsters that love to tear up and get destroy everything in sight!

I am more than sure you are all familiar with this special Christmas classic!  The Grinch Who Stole Christmas was released in 2000, and explains why he hates the Christmas season the most! But most of all let’s not forget, the lesson was that Christmas isn’t all about the presents, packages, boxes, ribbons, or tags… it’s about love and the people around you that make you happy!

Home Alone takes place right before the family goes off for their Christmas Vacation and leave for the flight the next morning! Kevin gets in an argument with his mother and has to sleep in the attic room, and wished he wouldn’t see his family ever again. In the morning he accidentally didn’t leave for the airport with the family and was left home alone for the holidays. Two robbers noticed neighbors and their family were gone, and robbed the neighborhood. They decided to rob their house on Christmas Eve, but instead got attacked by Kevin’s defenses! The 2 robbers eventually got caught, and the family came home on Christmas Day to see their son Kevin!

The Santa Clause is a fantastic Disney movie, for all ages! The story begins on Christmas Eve, when a dad, Scott Calvin, heard a clatter, walked outside, and scared Santa Clause so bad that he fell off the roof and supposedly died. He slowly begins to transform into Santa Clause more and more each day, and it is now up to him to become the new Santa Clause and save christmas!

Jake Doyle, recounts to his daughter Annie, how, as a child in the late 1980s, he received his first Nintendo Entertainment System. The movie is told in flashbacks as Jake recalls the memory of that Christmas season when he really wanted to get the game console. This fun-filled holiday comedy is fun for the whole family, I would really recommend watching this film!

Will you check out any of these holiday classics? Please let me know in the comments!

If you enjoyed today’s blog and would like to stay up-to-date with the latest entertainment news, please follow me on Instagram @mattsworldofentertainment and Twitter @mattsworldofet! As always, thanks for reading and I hope to see you all again real soon! Happy Holidays!